The project for the construction of the cultural centre in Negreşti-Oaş was initiated from the desire to return the cultural vector of the region to an organised framework, given the renowned and prominent identity of the Oşeneşti community.

Thus, the theme of the project started from the idea of hosting a bold series of cultural functions, relying on a versatile configuration of major spaces.

Given the shape of the terrain and its relationship with the intersection between the Victory Street (National Road and the city axle) and a secondary street, the concept proposes to organize the building around a pedestrian market – a place of tightening detached by height towards Street level and separated by some visual curtains from the traffic corridor of Victoria Street.

The subsoil level is allocated to a parking garage for 36 cars and technical spaces.

The dominant southern body hosts, in addition to multiple support spaces, the multifunctional room on the ground floor (capacity 35 seats) and the auditorium on the floor (capacity 312 seats), equipped for cinematographic projections, theatre performances, concerts, Conferences and other cultural manifestations.

Taking advantage of the height and orientation of the main body of the cultural Centre, the issue of improving the energy balance of the building was addressed by configuring solar installations on the roof of the building, with the production of electricity (panels Photovoltaic) and thermal energy for the preparation of domestic hot water (solar panels). 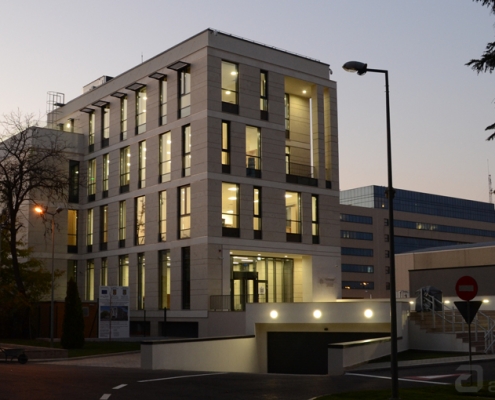 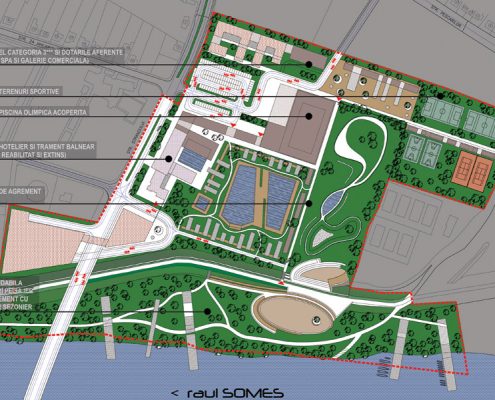 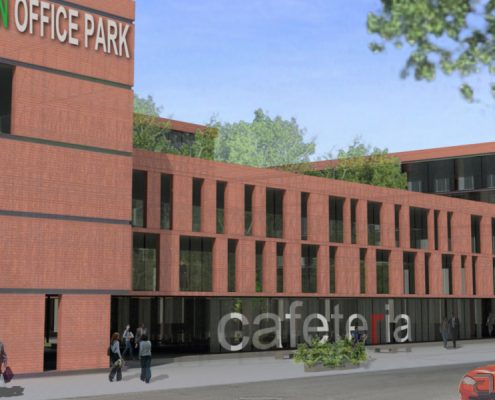 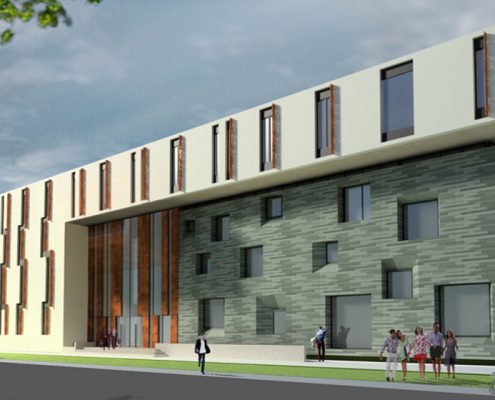 within the Ștrand spa complex 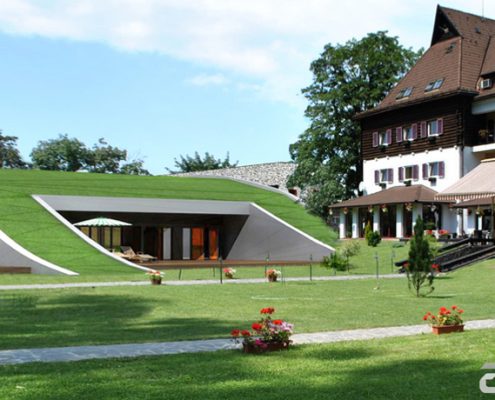 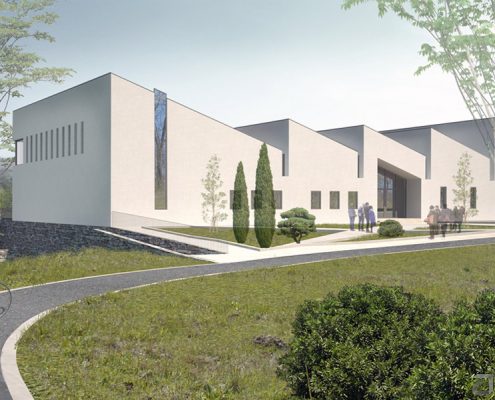 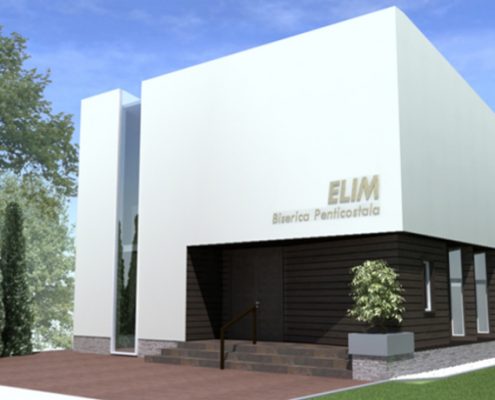 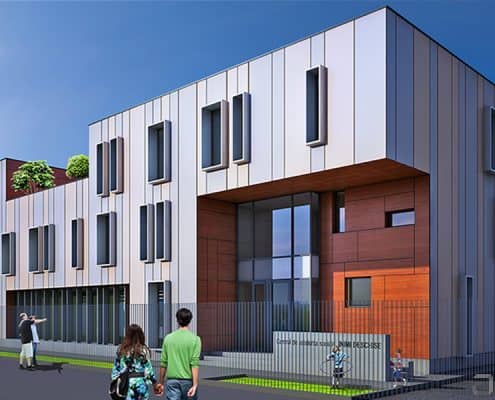 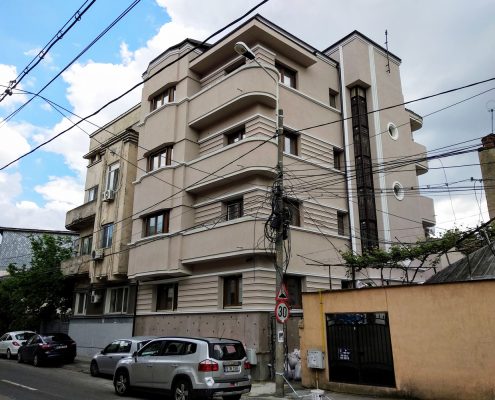 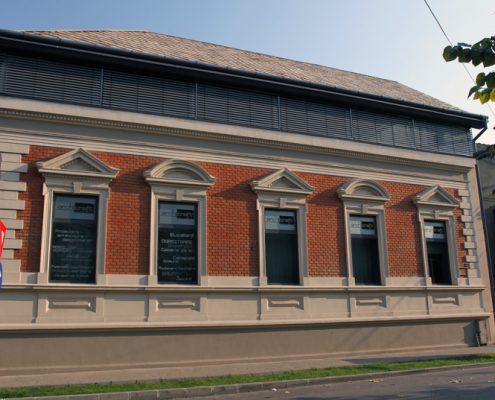 intervention and remodeling of the building in the historic area ... 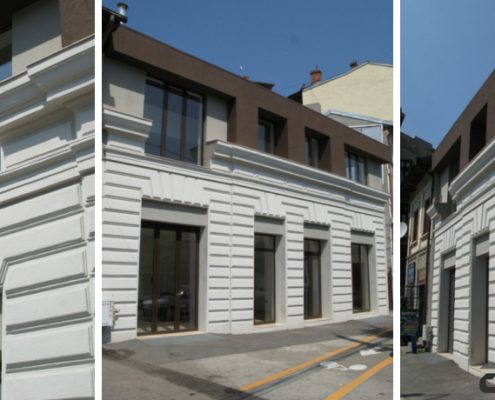 when a former garage becomes a historical monument ... 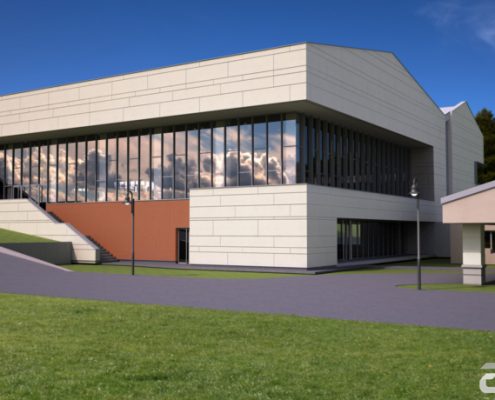 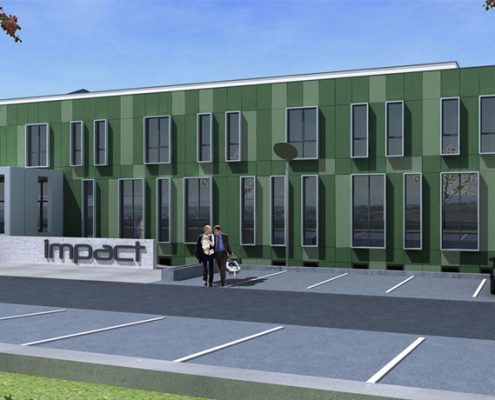 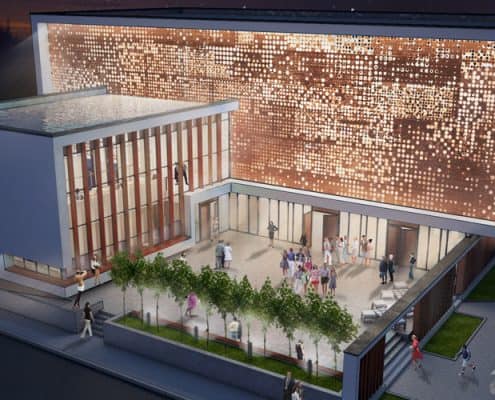 a courageous series of cultural functions, in a versatile spatial mix ... 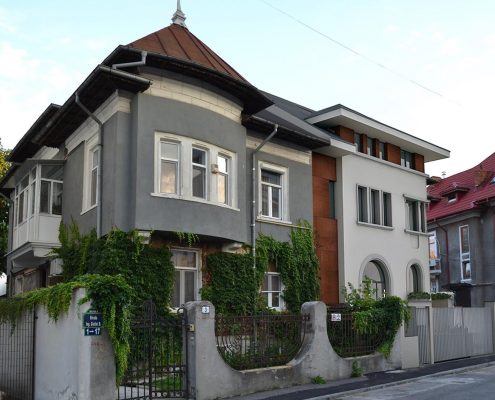